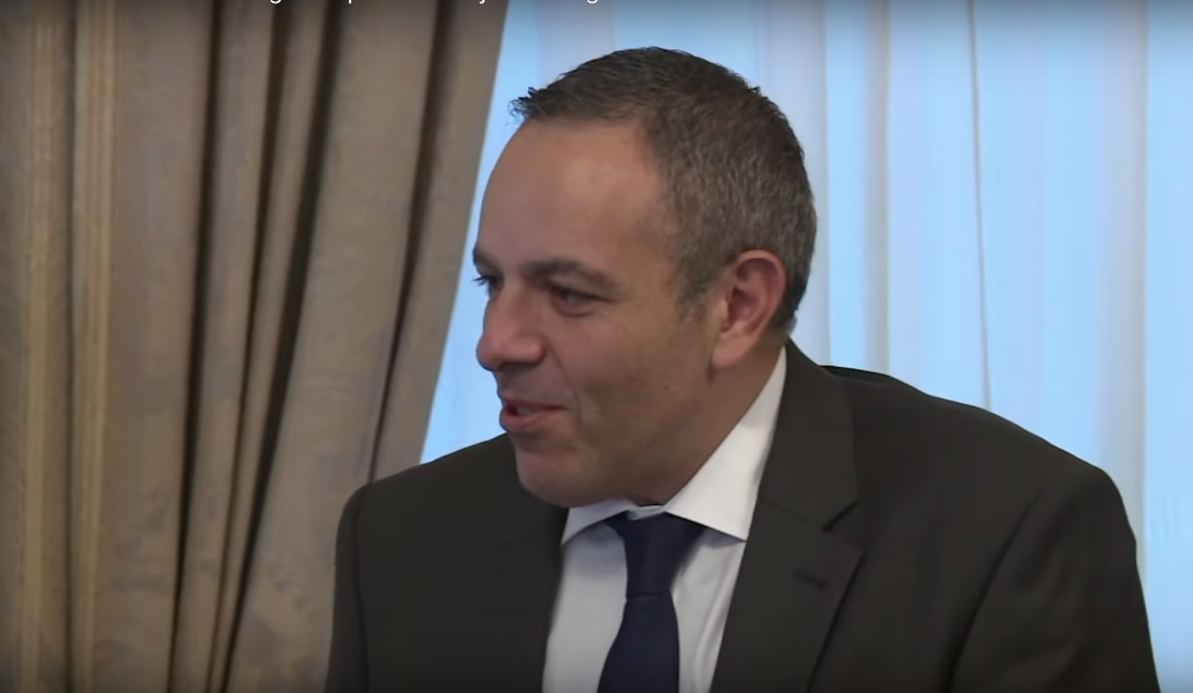 Corruption is the cancer of society, Daphne Caruana Galizia once wrote. But then in Malta, cancer is the cover for corruption, and only the sick survive.

If you’re not already following events in Malta surrounding the assassination of journalist Daphne Caruana Galizia, you should. To get yourself familiar with the story, the New York Times did a write-up recently of what’s been happening:

“Slowed down for months by phony leads and obstruction by the government, which tipped off suspects about imminent arrests, the investigation into Ms. Caruana Galizia’s murder suddenly picked up speed late last month after a self-confessed middleman in the murder plot, fearing for his life, started talking.

The inquiry is now closing in on what the murdered journalist’s family and many others see as the real culprit: not Italian Mafiosi but what many here call Malta’s own “mafia state.”

As a former Panama correspondent, the story sounds of course all too familiar. The cozy ties between louche business leaders and politicians in a country that grows too fast, dividing the loot of corrupt schemes and scams during private dinner parties and trips on luxury yachts to equally luxurious destinations, with a rogue private bank thrown into the mix for good measure. And anyone standing in the way has to be moved out of the way, with car bombs if need be.

The scandal is of course not that all of this corruption now comes to light; the scandal is that so much of it was glossed over for such a long time. With the exception of course of Daphne Caruana Galizia, who wrote furiously, day in day out, about what was happening in the highest circles of government and business. Have you ever read her Running Commentary? You should do that too. It’s still online, here.

These days, the decent papers in Malta have a hard time keeping up with developments (for the inevitable sell-out corrupt journalists that you have in every corrupt country, see also Mrs. Caruana Galizia’s website, which lists more than a few) but one particular story caught my eye. It’s an article by one Tim Diacono on the Lovin Malta website, headlined “Egrant Report: Keith Schembri Told Magistrate ‘Daphne Crossed The Limit When She Wrote About My Health Problems’”

The story is about one of the suspects in the murder investigation, Keith Schembri, the former chief of staff of Malta’s Prime Minister Joseph Muscat. Caruana G. called him “that crook” in her last dispatch. From a report that was released just days ago, the so-called Egrant report (for a primer about what that is, see this article), we learn that Mr. Schembri has been complaining extensively about the fact that Daphne Caruana G. wrote about his health condition (he had/has cancer). Says Schembri:

“She’s been lying about me for weeks, a year, a year and a half and I promised myself that I wasn’t going to sue her for libel. However, last week I opened two libel suits against her. It can’t go on like this. There’s a difference between subjective opinions about a person and this impacting your family. When your 13-year-old daughter approaches you and says ‘Daddy, they said you’re going die at school’ and you don’t know how to respond… I feel hurt that I am here today responding to these allegations.”

Sounds terrible, doesn’t it? An inconsiderate journalist lying about this poor man, hurting his family, for no good reason. Irresponsible journalism! You can’t just write stuff like that!

IN THE PUBLIC INTEREST

Until, that is, you actually bother to look at what Caruana Galizia wrote about Mr. Schembri and his disease. Like, here:

Of course we should discuss the Prime Minister’s chief of staff. It is more important than ever. His illness is terminal and his ‘Russian dolls’ network of hidden companies, in the British Virgin Islands, Gibraltar, Cyprus and Panama, and his trust in New Zealand, are all still there and still not investigated. It is obvious that he is going to spend his final months of lucidity transferring everything to trusted people with a power of attorney, and hiding everything more completely still so that his wife and children may benefit from his ill-gotten gains after his death. This should not be allowed to happen.

It should be clear, too, to the Opposition and everyone else with functioning powers of analysis that the main reason he will not resign is that his post as chief of staff to the Prime Minister, in the current corrupt scenario, gives him immunity from investigation while he does all this.

Schembri was last seen in public two and a half months ago, and though the press and the Opposition should have had alarm bells going off at his prolonged absence from the Prime Minister’s side, there haven’t been any. I never go to press conferences, but even I noticed that he has been conspicuous by his absence and realised that there had to be a serious reason for that. It was then simply a matter of working through a network of contacts to find out what that reason is, and eventually, I struck lucky.

The Opposition’s duty now is to face down the Prime Minister and demand to know what he plans to do about his chief of staff. It should demand those answers on the electorate’s behalf – because, apparently, even the press, which has its own duty to the electorate, has decided to lay off one of Malta’s foremost crooks, and not just ‘crooked politicians’, because his prognosis is bad, even though he has not stepped down.

This is not “bad taste”. It is the Opposition’s duty. This is not ‘unethical’, but the very opposite. It is unethical to collude with the government in hiding matters of public interest from public discussion.

In other words, obscuring the health of a powerful official was synonymous with obscuring his corrupt dealings and those of his allies, Caruana Galizia argued. A well-reasoned position, and very far removed from the “sensationalist lies” she was accused of publishing.

In hindsight, she was even more on the money than she could have known back in 2016. Because not only are “that crook” Keith Schembri and businessman and key suspect in the murder case Yorgen Fenech good friends, it also emerged just days ago that Fenech paid €24.000,= in medical bills for Schembri.

Little could Daphne Caruana Galizia have known that the man who allegedly ordered her murder paid the Mayo Clinic for cancer treatment of his accomplice, the island’s second most powerful man and chief corrupto, who filed libel suits to stop her from publishing the truth. And still whines about how unfairly he has been treated while he was wining and dining playing medical tourist.

In the grand scheme of things, Schembri’s health and the stuff surrounding it are not the most important issues on the table right now – there is corruption and looting well into the millions and millions of euros behind the assassination plot, not a tumor. But it deserves this bit of attention here because it’s such a typical example of how these corrupt crooks will latch onto anything that enables them to play the victim, make teary claims about how their “personal lives” are affected and then use that as leverage to silence journalists.

And no, I don’t wish cancer upon these thieves and murderers. I wish them long and healthy lives — while rotting away in jail.

Like this story? You can make a donation to keep me going: